On Tuesday 7th April we had a really lovely evening at the Addison Centre with Lee Berrill, a florist from Northampton, who created 6 beautiful and bold arrangements along the theme of ‘Let’s be Different’.  Lee used some exotic and huge flowers together with some spectacular ‘mechanics’ which were much appreciated by the large audience that turned out to see him.  All 6 arrangements featured flowers in every shade and hue of orange, but with plenty of variety in texture and design.  Some photos of the finished arrangements are below. 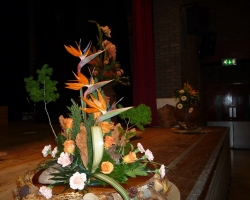 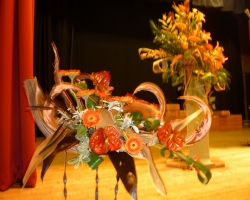 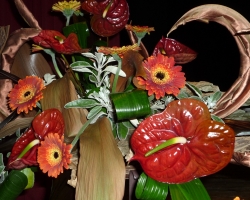 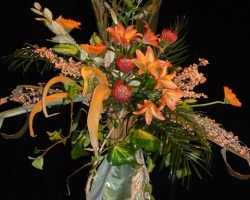 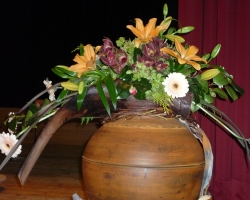 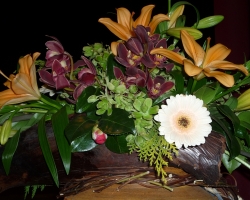 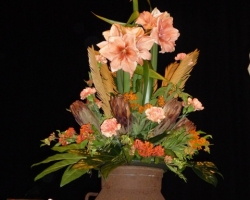 We also had a new feature where members were able to ‘Have a Go’ and bring along an arrangement for others to see.  The title for tonight was ‘Take 5 Flowers’ – the idea being to use just 5 flowers to create something.  We had a lot of different ideas and designs and everyone was asked to vote for their favourite by placing a coin or coins beside it.  All the money raised was for our chosen charity for 2009 which is Road Victim Trust.  A selection of the entries are shown below. 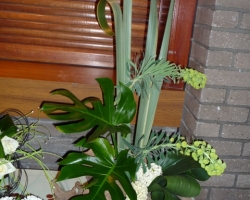 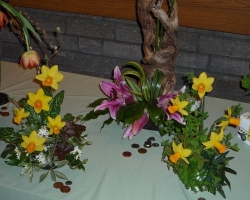 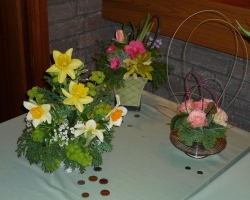 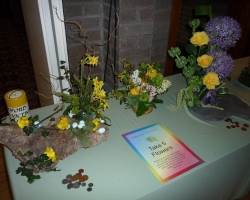 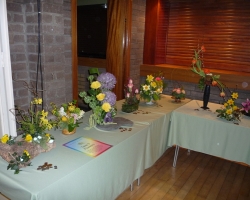