On 26th November, 11 members of BFAS went down to Broxbourne in Hertfordshire for the annual Area Lunch which this year was preceded by the AGM.  After a pleasant lunch we settled down in our seats to watch David Fawcett-Ropner create 6 beautiful arrangements under the title of ‘The Magic Of Christmas’.  They were huge and stunning arrangements and after he had finished they were raffled off in the usual Flower Club way.  Our Bedford table must have had some lucky stardust sprinkled on them as Sandra, Ann G,and Anne C all won an arrangement.  In fact Sandra won two but gave the second one to Linda R!  Penny also took home some flowers having won the table centre arrangement.  You may just be able to see Anne behind her prize in the photo below! 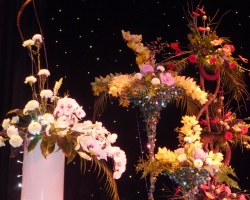 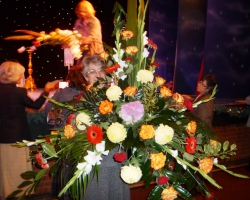 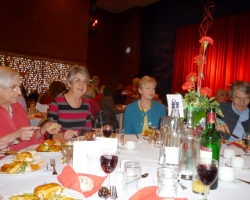 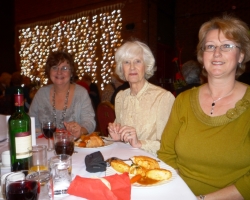 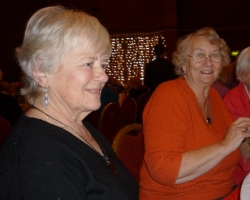 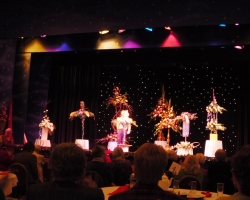 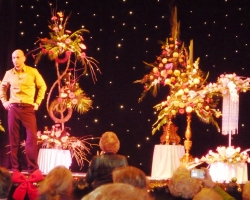 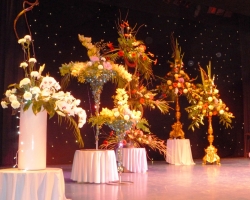 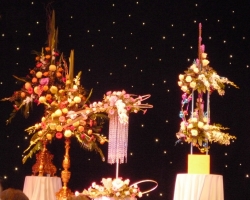 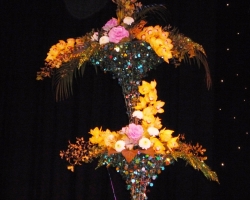 The 3rd November was a wet and miserable day but by the evening it had stopped raining and there was a large number of members and visitors gathered at the Addison Centre to see Gill Shanks who was visiting us from her home in Whittlesey near Peterborough.  Gill talked about a wide range of subjects that contributed to her own ‘Wonderful World’ and at the same time created some lovely arrangements with simple flowers but a very artistic eye and pleasing colours.  Some photo’s below show the results of her efforts. 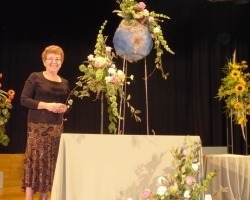 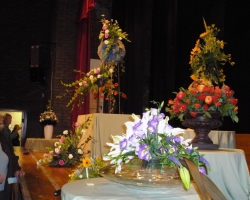 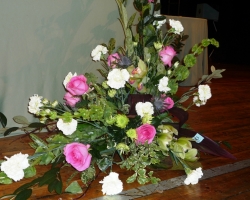 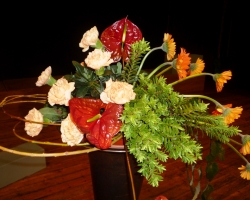 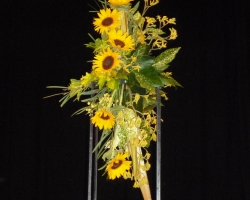 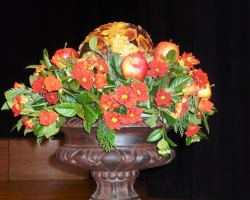 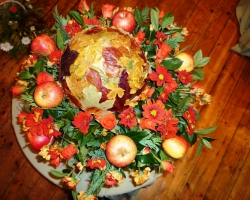 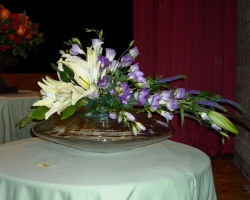 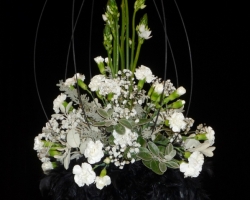