We had a lovely eveing on tuesday when one of our own members – who is also an Area Demonstrator – entertained us with a dem called ‘Let’s Pop Corn’.  Julie – who lives in Cambridgeshire – used the title to intorduce a Film theme to the evening – and instead of telling us which film she was thinking about with each arrangement, she just provided clues in the form of snippets of information about each film, its stars or its era and left the audience to guess the film title!  Two ladies sitting directly in front of me were clearly film buffs and managed to guess each one correctly before Julie revealed the answers.  Julie finished each arrangemnent by playing us a well known piece of music from each film.  The films were:

It was a very entertaining evening with some beautifully arranged flowers.  Thank you Julie. 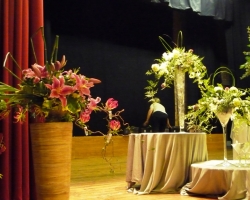 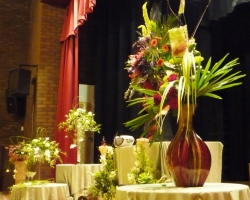 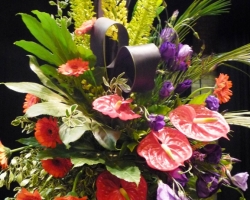 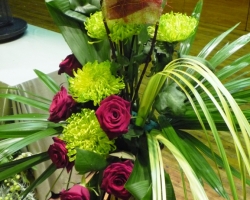 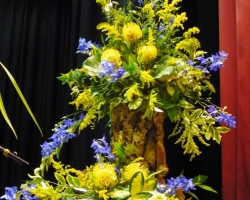 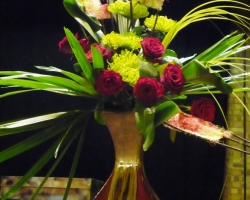 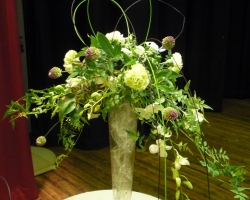 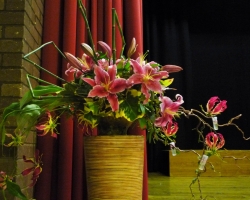