A group of us had a lovely day yesterday at the Church Hall in Kempston Rural when Laura Leong came down to lead 2 Christmas themed workshops – in the morning we did ‘Traditional with a Twist’ – where we were offered a choice of making either a beautiful holly leaf door wreath or a cone shaped ‘christmas tree’ arrangement in an urn.  The afternoon session was entitled  ‘Contemporary Christmas’ and again we had a choice of what to create – either a wire frame that we had to form from wires and string covered wire – (quite intricate but we all rose to the challenge!) that we subsequently decorated with berries, ivy, dried fruits, baubles or anything else that people had brought along and the second one was a modern decoration on a wreath frame.  Some people did both the morning and afternoon session, some did just one.  Laura made all four arrangements plus a couple of others and they were raffled off – she also showed us some other little techniques such as how to make a lovely 5 pointed star using wire wrapped around a ruler.  I’ve just been out in my garage having a go at that now!  I think we all learned something new, as well as enjoying the social side of the event and look forward to the next workshop – whatever it may be! 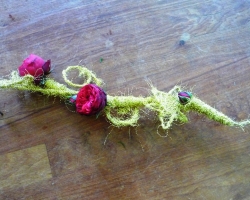 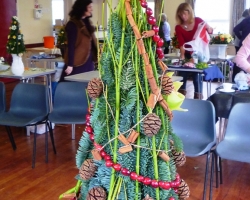 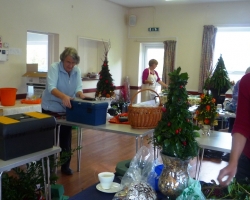 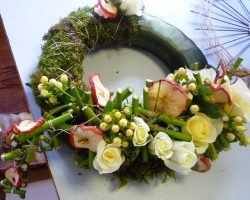 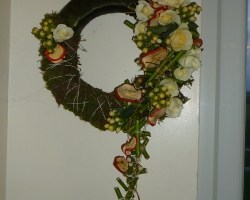 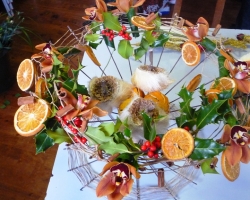 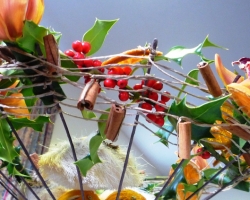 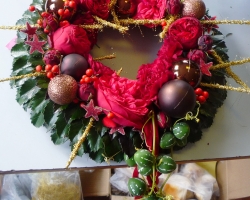 Janet Cooper from Northamptonshire gave us a step back in time with her demonstration entitled “My Colour Palette”
Back to our roots as flower arrangers with the NAFAS Colour Wheel as her inspiration.  Among the arrangements she used elements of the colour wheel to create a Monochromatic Design (tones of all one colour) and then a Polychromatic Design using all colours as if we had just been given a mixed bunch from the Garage or Supermarket, but of course with the added extra an Orchid! Good use of texture and forms within her arrangments and ideas that could be scaled down to
enhance any home. A wonderful evening with so many arrangments to take home for the lucky raffle ticket winners. 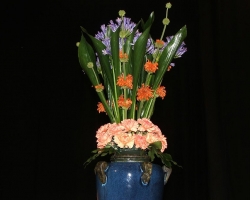 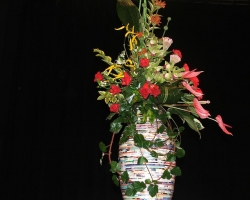 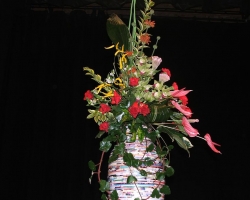 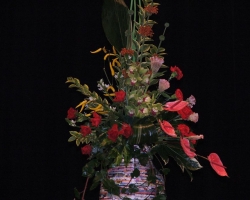 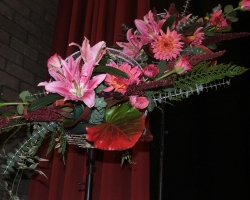 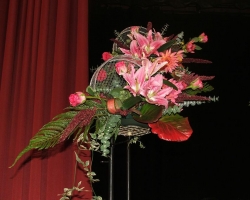 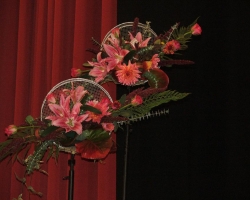 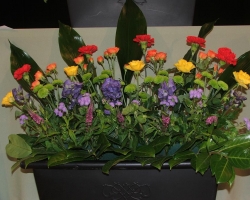 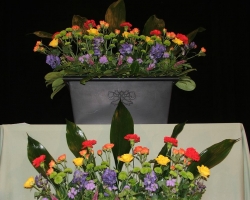 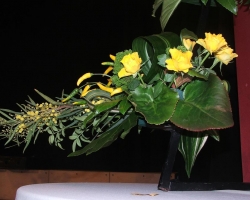 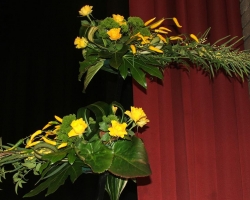 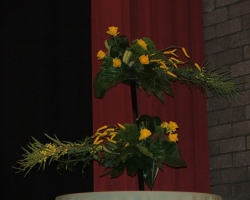