Forty members and friends visited Ely Cathedral for its flower festival ‘In the Beginning’ . It was a lovely event, beautifully designed ( by Roger Woolnough and Judy Wynn), vibrant in colour and totally absorbing.

You certainly had to be  observant as there were arrangements everywhere: along the floor, up (and down) the pillars, high up on windowsills, in every alcove, on tombs and at the  entrance to and in every chapel as well as wonderful sculptural designs using the open spaces. Arrangements were varied in design, texture , flowers, foliage and difficulty so everyone could take home some inspiration.

A river snaked through the nave portraying The Way of Life with arrangements and scenes on either side depicting The Seven Days of Creation. There were also areas representing the five continents and a celebration of the 60th Anniversary of the Coronation.

Particularly striking and memorable to me were the arrangements in the Octagon area, the altar, the font, the pulpit, St Peter’s Boat, the continents, Day Two (Heavens and Water), and Day Four (Seasons and Light in the Sky) as well as many of the small arrangements …. but everyone had their own favourites.

During the day members also enjoyed music in The Lady Chapel, shopping, craft stalls  and of course good food and drink.

A very enjoyable day was had by everyone and many thanks go to Linda Robinson for organising the visit.

A few photographs are below: with apologies for the extra people in many! but it was good to see the Cathedral so busy and the festival so successful. 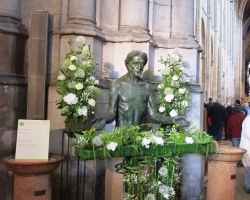 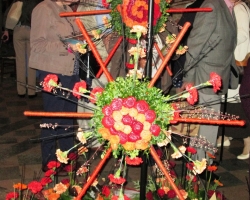 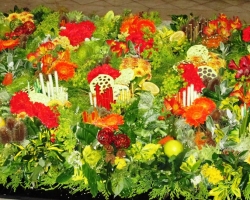 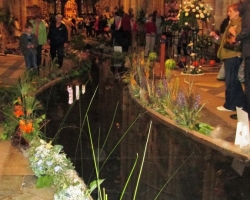 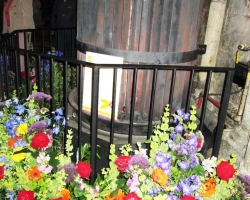 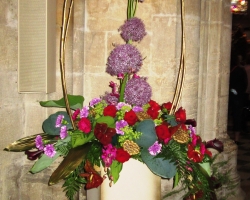 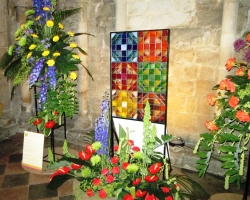 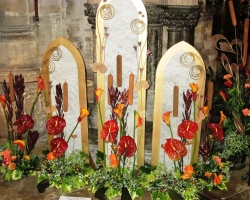 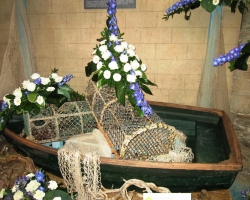 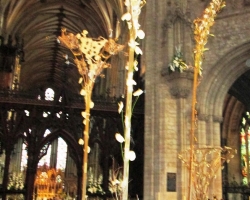 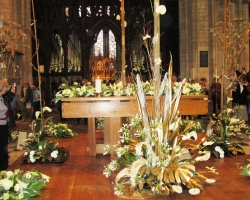 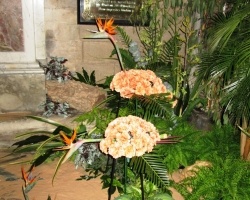 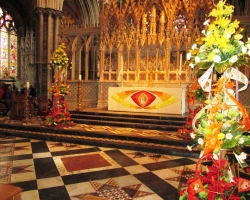 Vivien Eller’s ‘Day Dreams’ took us on journeys To the Moon, to a Tropical Island and to the end of a rainbow in search of A Pot of Gold. They also took us back in time to the Vibrant Sixties and the Georgian lifestyle of her Great Great Great Grandmother Lucy.

Vivien used a variety of flowers including orchids, roses, alstromeria, eustoma, gloriosa lilies, anthuriums and gerberas. Foliage was very varied including much from her garden. She also kept us entertained with facts and folk lore stories about several of the plants.

A few photographs are below: 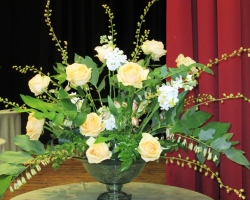 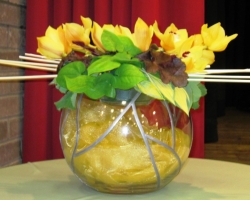 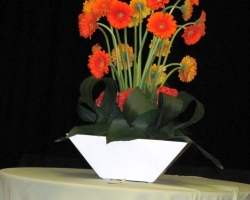 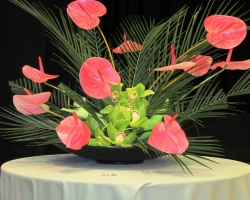 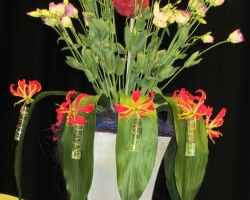