Meet the Officers of our 2020 Committee 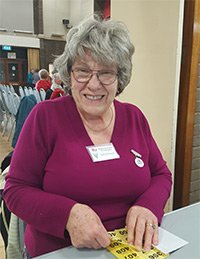 Sue is our Chair for our Diamond Anniversary Year.  She is a keen flower arranger at her local church and is looking forward to making this a special year for BFAS.  She is also the club’s delegate to Home Counties. 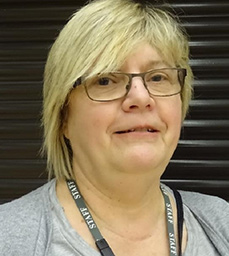 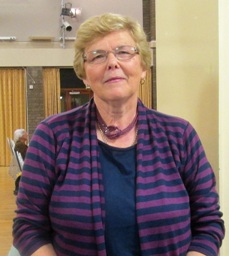 As Secretary, Mary is a crucial member of the Committee and deals cheerfully with anything and everything that is thrown her way.  Mary is very organised and writes up the Minutes and keeps records for everything the Club does. 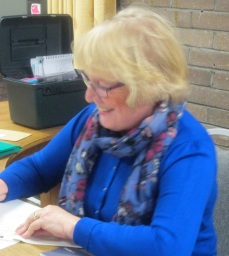 Keeping a strict eye on expenditure and working diligently behind the scenes to keep the club afloat is Lynda.  She is a very busy lady who loves to travel so when she’s not around Mary Martin holds the reins. 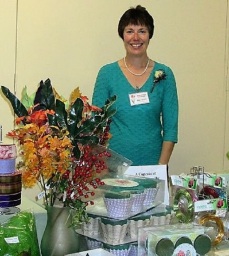 Jenny is in charge of the Sales table and always has a wonderful selection of items to tempt you to buy and is very happy to take special orders if there is something specific that you want.

Not forgetting the rest of our hardworking team:

…was formed in October 1961 by  a small group of flower arrangers.  The first committee meeting took place on October 17th when Mrs Robert Peacock was elected President and Mrs Hailstone, Chairman. The first meeting of members took place on November 22nd, and the first Annual Meeting was held on June 23rd 1962 with a membership of 200, and an annual subscription of £1 1s; visitors 3s.  In 1962 an application from the Society for affiliation to the RHS was confirmed.

In 1963 a small sales table was opened, followed in 1964 with a library of flower and garden books (this was disbanded in 1995 and the 67 books sold off).  The first honorary Vice Presidents, Mesdames Brown, Hailstone and Mackness were appointed in 1967.  During these early years the Society had a social committee which organised outings, theatre visits, cheese & wine evenings etc.

1970 was the Tenth Anniversary when the annual subscription was £1.10s; visitors 3s 6d. In 1971 Mrs Hanbury took over as President from Mrs Peacock who then became Founder President.  Also in 1971 the Society accepted an invitation to arrange a pedestal of flowers at Charter House on a weekly basis, and this continued until 1995. In 1974, “Plant a Tree Year”, the Society donated and planted a Silver Birch and a Japanese Maple in the grounds of Charter House.  1974 the Society welcomed George Smith who gave a demonstration entitled “Seasonal Flower Arrangements”.  His fee was £77.
From these early days until the end of the century members were very hands on with their flower arranging participating in local flower festivals and shows, arranging flowers for local events including the River Festival, as well as staging exhibits at our own competitive shows.
Members also helped the Friends of the Hospital to make small arrangements to sell to visitors.

In 1980 Mrs Bristow took over from Mrs Hanbury as President.  In 1981 the Society had the  honour of hosting the Home Counties Area Show followed in 1982 by the Home Counties Area Lunch, both events at the Addison Centre.  1981 was the 21st anniversary of the Society when subscriptions were raised to £3 with visitors fees at 50p.  Following a short spell at Westfield School in 1983 it was agreed to move to the Addison Centre, Kempston where we still meet today.

In 1983 Mrs Lawson-Johnston took over from Mrs Bristow as President.  1985 was the 25th Anniversary of the Society which we celebrated with a Show and buffet supper.  Fees at this point were £5.00; visitors £1.  In 1988 following a brief period when the Annual Meeting had been changed to April it was decided to move the date to the first Tuesday in February where it still remains.  In 1989 Mrs Lawson-Johnston resigned as President, and our current President, Lady Valerie Skeet accepted our invitation to take on the role.

In 1990 the membership stood at 130.  In 1995 the Bunyan Ward moved from the North Wing to the South Wing Hospital, and we then ceased to do arrangements in the ward, but still continued to take in decorated parcels at Christmas time until 2005 when the ward was closed.  In 1997 the Society agreed to arrange a weekly pedestal of fresh flowers in the Chapel at Bedford Hospital, and this commitment continues to this day.  In September 1997 George Smith returned to Bedford for our Open Meeting.

2000 was the year of our Ruby Anniversary which was celebrated with a dinner at the Addison Centre.  In 2001 it was agreed to change the name from Bedford Flower Arrangement Society to Bedford Floral Art Society to reflect the changes taking place in the flower arrangement movement.

At the turn of the century our membership stood at 119 members, and with many members working full-time the structure of the Society has had to change in order to accommodate members’ busy lifestyles; competitive shows could no longer be sustained, social events were no longer supported and cuts in flower arranging classes meant a reduction in opportunities for members to learn the skills.  2010 was a Golden Year of celebrations culminating in a demonstration by Sandy Bailey.

As we move forward with a fairly stable membership of 90+ we continue to hold one or two Open meetings per year, to support an annual charity and to run a well stocked sales table.
The competitive shows which at one time were such a major part of our annual programme are no longer staged due to lack of support, but in lieu we now hold members’ evenings and workshops where members have the opportunity to get together socially and update their flower arranging skills.  We now look forward to celebrating our Diamond Anniversary in 2020.